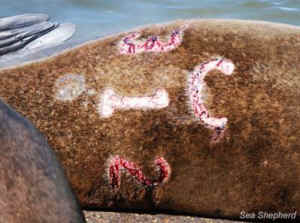 Now I know what you’re thinking – it’s not healthy to live in a state of perpetual, seething anger. And you’re right. That’s why I routinely alternate my seething anger with abject despair. Let’s take a gander at just a few episodes in that wildly-profitable, long-running series, “It’s a Speciesist Life.” But beware: you might end up seeing what others of us can’t un-see, and that changes everything.