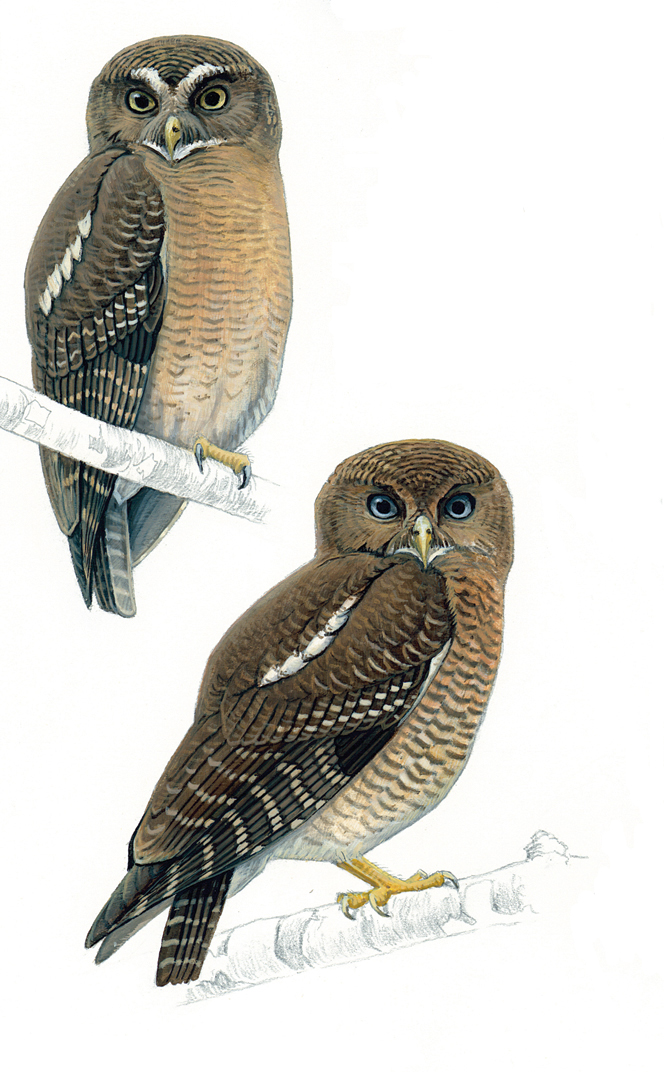 This video is called Two new owls discovered in the Philippines.

From Michigan State University in the USA:

EAST LANSING, Mich. — Two new species of owls have been discovered in the Philippines, and a Michigan State University researcher played a key role in confirming their existence.

The discovery, which is featured in the current issue of Forktail, the Journal of Asian Ornithology, took years to confirm, but it was well worth the effort, said the paper’s lead author Pam Rasmussen, MSU assistant professor of zoology and assistant curator of mammalogy and ornithology at the MSU Museum.

“More than 15 years ago, we realized that new subspecies of Ninox hawk-owls existed in the Philippines,” she said. “But it wasn’t until last year that we obtained enough recordings that we could confirm that they were not just subspecies, but…