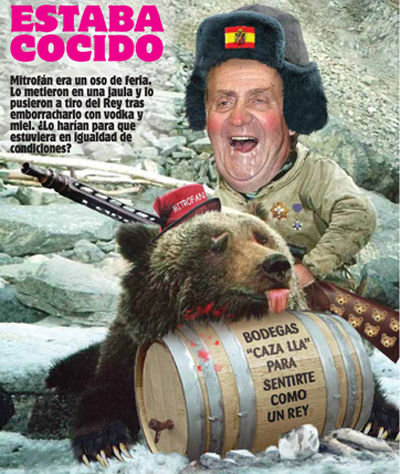 MADRID — Spain’s King Juan Carlos faced fire Monday for a hunting trip in Botswana during which the monarch, patron of a wildlife charity, broke his hip and ended up in hospital.

A petition on the online forum Actuable listed 40,000 signatures urging the king to give up his presidency of the Spanish branch of the World Wildlife Fund (WWF), while an opposition politician raised the question of abdication.

The fund, whose website names the king as an honorary president, said it “will make comments to the royal palace and reiterate its commitment to the conservation of elephants,” in a Twitter message.

Juan Carlos, 74, was recovering in a…

Environmentalist, Animal Lover, Birder,Equastrian
View all posts by narhvalur →
This entry was posted in Uncategorized. Bookmark the permalink.
%d bloggers like this: